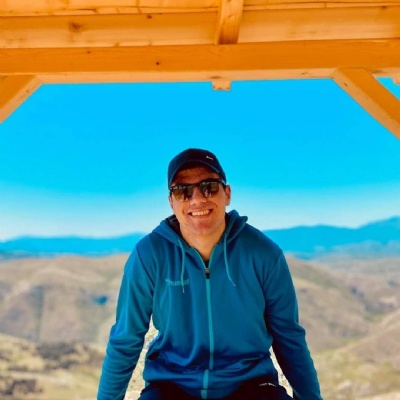 and analysis on multiple fronts

In the year 2000, Mike Anderson was arrested and charged with armed robbery of a fast-food restaurant. He was conditionally released on bail while waiting for the judge’s decision. A few months in, Anderson was convicted and sentenced to 13 years in prison, but a clerical error led the authorities to believe he was already there. So, there was no attempt on behalf of the police to rearrest him, and Anderson spent the following 13 years living his life as a rehabilitated man: he got married, founded a business, voted, and never so much as got a speeding ticket. By the end of his sentence, when Anderson was to be “released”, the State realized he was not actually in prison, which brought about the question of: what should happen now?

Marko -- a seventeen year old from Veles, a debater, and a fan of law -- could have deconstructed this ethical dilemma for hours. From the perspective of rehabilitation, the system’s stated goal was clearly achieved; Anderson was reformed. From the perspective of costs, it would be reckless to remove a productive member of society and have the state pay for it. From the perspective of retribution, he’s skeptical that the victim would want Anderson to face a sentence more than a decade after the robbery. Conversations with Marko always happen on multiple levels, using several paradigms, always paying attention to competing sides in the discussion. Only after we’ve considered the situation from each perspective can we come to the conclusion that the purpose of the legal system has already been met in this case. Even in a regular coffee chat, Marko builds cohesive arguments.

I am yet to find a topic which Marko was unprepared to offer me a thoughtful answer for, even though, believe me, I really tried. Even things you wouldn’t expect him to know -- things there’s no reason for him to know -- casually pop up in conversation. Did you know, for example, that his last name, Ingjilizov, probably comes from the village Ingilizovo, near Thessaloniki, which was named after its founder, who was likely English? Neither did I, but Marko had conducted a (at this point typical) historical research project: he started by interviewing other Ingjilizovi, then moved on to documents from the Macedonian Academy of Arts and Sciences, after which he relied on some googling. All of this just because he was curious.

Walking to the park in Veles -- which, by the way, he’s well-acquainted with, since it’s the place where he trained handball, ran, and also broke a rib or two -- I began to understand that this place isn’t big enough for Marko. It’s not that he’s not connected to Veles; on the contrary, he told me about the sense of belonging to and support from his community. But even a quick glance at his successes tells me Marko is growing too fast for his current surroundings. He recently won a simulation of a parliamentary discussion, after which he was congratulated by the President of the Macedonian Parliament. A month or two before, he came second in Euroquizion and, as a result, got to meet the EU ambassador. Around the same time, he made it to the final of the National Debate Championship (after which he didn’t meet anybody important, except that I drove down to Veles for a chat).

In about a month, Marko will be the first Macedonian representative in UWC East Africa in Tanzania. I have no doubt that he’ll make an impression largely because he’s already done it wherever he went. Georgina, who debated with him, told me how easy it was to work with him. Ivana, who faced him in a competition, mentioned that even the judges were left speechless by his speech. And to be honest, driving back to Skopje, I thought about how nice it would be -- for Veles, for the legal system, and for folks like Mike Anderson -- if Marko realizes his goal of giving back to his community.