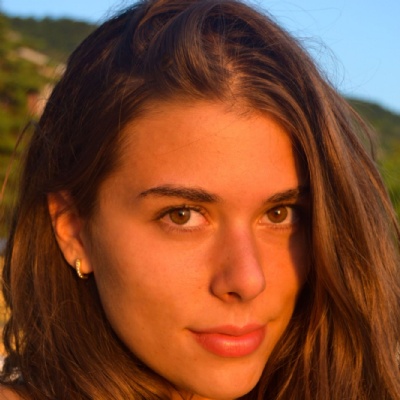 and not leaving anything to chance

At 6:40 pm, twenty minutes before I planned to begin one of the info sessions in this year’s selection process, I received an email from Zoom. Bernarda Malevska has joined your meeting, it said. Not eager to leave things to chance, she was testing whether the link worked way before the session was supposed to start.

Weeks later, after she had already been selected, I ran into Bernarda at the National Debate Championship (I was an observer; she was participating). It came as a surprise to me: debate wasn’t something that had come up in her interviews. Yet there she was, competing in the semifinal round in her first year of debating. What’s more, she did this while Iron-Manning -- the debate term for facing a three-person group when your team has only two members. (She lost in the semifinal, but I think it’s only because two of her three opponents are also going to UWC next year.)

How’d she do it? Well, she tends to come prepared. During our walk in the park -- to which I arrived 6-7 minutes early only to find her already there -- she outlined the arguments in favor of lifting patents on COVID-19 vaccines right before rebutting them herself. Bernarda had clearly done her research; in her words, she just likes knowing things. Maybe she got that drive from conversations with her dad, whom she loves hearing talk about history, or her mom, who welcomed Bernarda’s quarantine-interest to learn the piano. We agreed her dad would make a better debate coach, while her mom would be the better UWC teacher.

I suspect that the area Bernarda has the least control over is sports. She’s a huge fan; started following tennis with her dad, then trained volleyball for eight years (a fact she glossed over until I specifically asked about it). She is currently one of probably a handful of Macedonians who follow American football. An avid fan of Patrick Mahomes, she must have been bummed when the Chiefs lost the Super Bowl to the Buccaneers, doubly so since her best friend thinks Tom Brady is the better quarterback. If you had to Google any part of this paragraph, you can imagine how I felt during our walk!

In a stroke of luck, Bernarda found out she was going to UWC Robert Bosch College on her birthday. She almost didn’t answer our call -- her hands were full of groceries for the small gathering she’d planned. She’s very excited for the alpacas and sheep, has already picked her subjects, and eagerly asked me for insight. The most useful piece of advice I had was to be careful around the electric fence, though I suspect she’s too mature to repeat my own mistakes.

On her first day at Orce Nikolov, Bernarda didn’t know anyone in her class. But she’s not one to wait around for good things to happen on their own. So, she went up to another girl, asked would you like to sit with me? and quickly made a friend. I have no doubt she’ll do the same in front of the Kartaus in August, too.