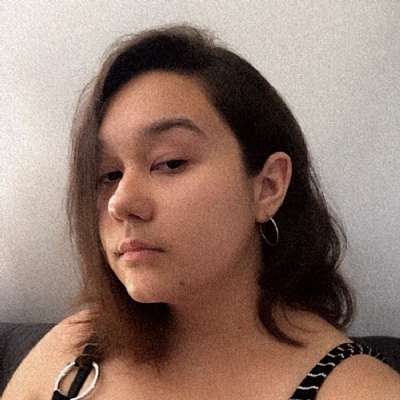 and the beauty of hard-won smiles

It’s something we say about all our UWCers, but boy is it true in this case: speaking to Ana Marija feels like speaking to an adult. Every time I make a self-deprecating joke about the dumb things I’ve done at UWC when I was her age, she waves it off. It’s fiiine, you were young, she says. I’m not sure she thinks she is, at least not in the patronizing sense of the word. I’m pretty sure she is right.

For most of our chat, Ana Marija has a poker face. I don’t know if she is always like that, but I like to think she is. It’s not that she never smiles, but her smile has to be earned (remember, she is not a kid!). For me, this also means she isn’t uncomfortable, which both kids and adults so often are. She doesn’t feel the need to hype up the conversation. She wants things to take their own course.

And yet, at one point, as Ivana is telling us a story, she waits for her to finish and simply concludes: You’re such a fascinating person, Ivana. Yes, Ana Marija’s kindness has to be earned. Which makes it all the more powerful when it finally comes to the fore.

At our selections, Ana Marija was the kind of applicant who was easy to grade, yet so hard to interview.

So, Ana Marija, if you could teach your favorite subject, what would you teach?

It’s not what I would teach but how.

Umm, OK, and is there a TV show you’ve seen recently that you didn’t like?

It’s not whether I liked it but why. We first need to establish if I had an objective issue with it, or if it was just a matter of taste.

You can see where this is going. But, mind you, it’s not like Ana Marija was dodging our questions. No, she was challenging them, and that’s something we only get from our very best applicants. Take that “favorite subject” answer, which actually went more like this:

It’s not what I would teach but how. Whatever the subject, I’ll have my students speak first and voice their misconceptions so we can deconstruct them together. There’s no point in teaching without having established a sound basis.

As I was listening to her second-round interview, I realized that this is someone who manages to say more when speaking than most people do when writing. Every word is measured, every sentence is quotable. This is what Ana Marija has to say about… well, life: You don’t *have to* do anything, that’s the point. It’s what you want to do, what you choose to do, what you’re passionate about that I truly believe we should be focusing on.

Ana Marija is going to UWC Li Po Chun, Hong Kong. It’s the first UWC she ever read about, so it almost feels like destiny (although Ana Marija would never make such a cheesy remark, this is all me). She listens to K-pop and even speaks some basic Korean, which – you guessed it – she taught to herself.

For the last two years, she’s been spending her days between Macedonia and Croatia, where her parents moved for work. When in Skopje, she lives with her grandparents (I can only imagine what that looks like, especially since she uses at least one English word in every sentence). As far as independence goes, this is someone we have no doubt whatsoever about sending halfway around the world. She says she already knows (well, we all said we did, but then…) what she wants to study at university (International Business Diplomacy) and the subjects she needs to take at the IB to do so.

Sometimes, Ana Marija sounds like the kind of person you just don’t want to rub the wrong way. Whenever she speaks about social issues, she sounds upset. But then you look at her more closely and you see her eyes lighting up. And you realize that this is someone who can spend their entire life righting wrongs and still be happy. Someone who can be happy because of choosing the hard way through life, not in spite of it. What better place to start than UWC?