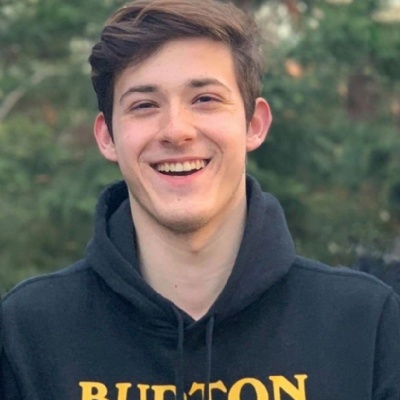 "I started swimming because I wasn't good at any sports that involved balls," jokes 17-year-old Mateja, a member of the national swimming team. He's been swimming for as long as he can remember, and he's been successful in all swimming categories in many national and international competitions.

The competitive spirit of swimming has shaped him as a person. "I used to get very angry when I'd lose a race. I had a rival my age who I had been swimming with since the age of five. I'd get annoyed whenever he'd win and I’d make sure to beat him in the next race, but then he'd also get back at me, and that would just go on forever. Neither of us would ever give up."

Even though he plans on dedicating most of his time to studying and making new friends at UWC Thailand, Mateja doesn't want to give up swimming. The values of teamwork and self-discipline he developed through swimming have influenced other aspects of his life, especially his eagerness for new experiences and challenges. Mateja's very excited to be part of UWC Thailand’s diverse student body. "A member of the National Committee introduced me to his friend from Thailand, who in turn introduced me to a guy from Spain. The Spaniard then connected me with 30 other students. All of them were way more supportive than I expected them to be. Always happy to help! We hit it off immediately."

In Thailand, Mateja decided to take subjects like Economics, Business and Design Technology, which will help him with his future career in the international business sector. "Business can help you climb a few steps up the social ladder, but there's always the risk of falling. However, I think that with perseverance, desire and ambition, you can help develop even the smallest businesses and improve the standard of living."

The new college is, of course, quite a long way from home. Mateja introspectively talks about how living in Skopje influenced him: "It built my character, it helped me feel confident and independent enough to go to a place like Thailand." He's a bit sad to leave his highschool friends from "Georgi Dimitrov", but he's sure that they'll stay in touch. Some of them have already made plans to visit him in his new school!